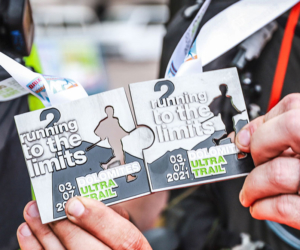 Brixen, 3 July 2021 – With two new winning faces, the renowned mountain running event with start in the cathedral city and finish on the Plose went over the stage on Saturday. Local hero Helmuth Mair from the SG Eisacktal won the men’s race in 3:50.41 hours, while Julia Kessler from Merano won the women’s competition in 4:25.58 hours. But all that was overshadowed when it became known in the afternoon that a 62-year-old local participant had suffered a heart attack during the race and died as a result.

The participant had started in a relay of four. At the altitude of the Alte Rossalm, the South Tyrolean mountain runner suddenly collapsed. A short time later, other participants arrived at the scene of the accident, including an emergency doctor. Life-sustaining measures were immediately initiated. A short time later, the rescue services were on the scene, and finally also the Pelikan 2 rescue helicopter. But for the athlete, any help came too late.

“We are naturally deeply shocked and stunned by this tragic accident. Our thoughts are with the relatives and friends of the deceased, to whom we express our deepest condolences,” said the shocked organisers of the ASV Brixen Dolomiten Marathon, who immediately cancelled the award ceremony scheduled for 6pm at the Domplatz.

Mair’s victory at the tenth participation

In sporting terms, the Brixen Dolomiten Marathon had started punctually at 7.30 a.m. in perfect running conditions with the starting gun at the Brixen Cathedral. Soon Martin Griesser from Mauls and Helmuth Mair (Milland) broke away from the rest of the field and were the first to pass the “Talblick”. Behind them were Marco Menegardi (Province of Brescia), the Austrian Theo Lothode and Chris Walther from Allgäu.

In Afers, after about 19.2 kilometres, Mair arrived as the sole leader. This was not to change until the finish. The 51-year-old was the winner of the 11th Brixen Dolomiten Marathon at just after 11.20 am. Mair had covered the 42.195 kilometres with 2450 metres of altitude difference in 3:50.41 hours at his tenth participation. Second place was shared by Benjamin Eisendle and Martin Griesser after a furious race to catch up, who reached the finish on the Plose at the same time, 8.45 minutes behind Mair. Fourth place went to Ludwig Andres from Vinschgau, while the multiple Italian 100 km champion Menegardi had to settle for fifth place.

In the women’s race Julia Kessler celebrated a start-finish victory. While the 28-year-old from Merano was half a minute ahead of Edeltraud Thaler (Lana) in St. Andrä after about a quarter of the distance, in Afers she was already 3.12 minutes ahead of Susanne Zahlauer from Zachenberg in Bavaria, who had overtaken Thaler on this section of the course. At the finish Kessler’s lead had grown to more than 14 minutes, she finished after 4:25.58 hours. Susanne Zahlauer held second place, while record winner Edeltraud Thaler (five successes in a row from 2011 to 2015) completed the podium. Jana Steger from SG Eisacktal and Slovenian Nika Colnar Hrastar took fourth and fifth place in the final classification.

The Brixen Dolomiten Marathon could also be tackled by two-man and four-man relay teams. The fastest two-person team was the “D’Schuchi Buam”. Simon and Hannes Schuchardt reached the finish line after 4:11.36 hours. The best relay team of four, “Die Seitenstecher”, was made up of Aaron Messner, David Seeber, Matthias Portner and Patrick Lanziner, who completed the marathon distance in 4:05.16 hours.

In addition to the classic marathon course, the organisers also offered the Dolomites Ultra Trail. Here the top favourites, Alexander Rabensteiner/Ivan Favretto, prevailed. They completed the 71 kilometres with around 4000 metres of altitude difference in 8:32.47 hours. Rabensteiner had also won the premiere of the Dolomites Ultra Trail in 2019 alongside Jimmy Pellegrini. Matteo Pigoni/Gianluca Galeati were second on Saturday, 40.22 minutes behind, while Marco De Salvador/Luca Ambrosini took third place (9:15.38).

Luca Pescollderung from Val Badia won the LadiniaTrail (29 km/1852 m altitude difference D+) in 2:40.51 hours. Francesco Baldessari from Trentino (2:55.28) and Toni Steiner from Laas (2:56.42) completed the podium on this route, which led from St. Martin in Thurn to the Plose. In the women’s race, victory went to an athlete from the Czech Republic: Veronika Siebeltova reached the finish line after 3:27.38 hours and with a two-minute lead over Christine Griessmair from Prettau. Priska Gasser from SG Eisacktal came in third.

The Villnöss Dolomites Run was held for the very first time. Luca Clara (ASV Gherdeina Runners) was the fastest in 1:26.30 hours over the 22 kilometres from St. Magdalena to Bressanone with 385 metres of ascent and a rapid 1070 metres of descent. Christian Lang (St. Sigmund/1:29.07) and local hero Maximilian Profanter (1:36.29) took second place. Vivien Senn from Latzfons (1:52.06) was the best female athlete, beating Verena Lamprecht (1:57.16) and Natalie Mitterrutzner (Brixen/2:04.24).

The Runner’s Party at the Alte Schlachthof A strenuous day of sport has to be celebrated properly, doesn’t it? This year there will be an…

The Villnöss FunRun The Villnöss Dolomiten Run leads 22 kilometres via St. Magdalena in Villnöss to Brixen. The breathtaking panorama around the Geisler peaks accompanies…